January 30th, 2017
Tonight is the second show of a project I’ve been involved in this week: a collaboration with my choreographer friend Ligia Lewis and the international collective/music label NON WORLDWIDE in HAU, Berlin as part of CTM music festival. We all met for the first time last monday and since it was so quick everyone had to assume their position as fast as possible. I help with constructing the dramaturgy and for the first time in some years, I’m doing lights for a show. Making lights after what feels like a very long time (I worked as a technician and then as a light designer in my first directing days in Tel Aviv) turns out to be excitingly satisfying. Reminded of my craft once again, I enjoy remembering that theater is a practice, that despite the hours we spent in front of computers and in rehearsal studios, theater is the place where theater actually happens. There’s something so simple and at the same time meaningful in this realization, as nowadays it seems like funding applications, written concepts and bureaucracy are threatening to take over artists’ minds, desires and capabilities. It’s also exciting to treat light as an event and play with it’s mad dramaturgical potential. 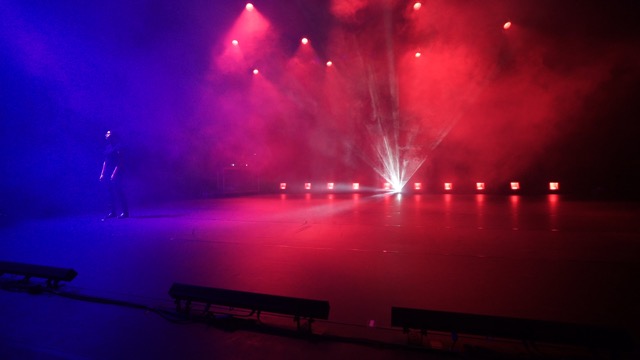 Nkisi, One of the musicians behind the show, plays a badass set.

At the same time I was bringing the piece to the stage in Berlin, I was also rehearsing and performing alongside my dear friend and collaborator Romm Lewkowicz for the Matter: Stages of Agency conference at the HfBK in Dresden. We named our contribution Against Aboutness.

Also at the same time, we’re drafting a grant application in preparation for a new work called DO THE RIGHT THING. It's a piece that involves thinking about relations between things, rights and writing. In the concept we ask, “how do modernist ideas translate into a posthuman era, when the big promise of progress has collapsed into fragmented pieces of avatars, hashtags, fake news and cyber mythology?”

January 31st, 2017
The project ended and the black box doesn’t shelter us anymore from the darkness that lurks outside. It’s hard getting used to this new terminology: Alt right, post-truth, alternative facts. In the bar after the last show I talk to Isabel about the pollution in Beijing, our responsibility as artists these days, about whether we have the privilege of dealing with vagueness, ambiguity and elusive statements regarding what's right and wrong. How do we work through our poststructuralist tendencies with an ever growing urgency to make a clear and poignant stand?
With the election of Trump, reality finally collapsed into fiction, which is for artists a fascinating phenomenon, but we can't give in to the temptation of analyzing this from some "critical", “distant” position. Yes it’s great that reality has failed, we hate realism in the theater; But there are lives at stake, and that’s just fucking scary. 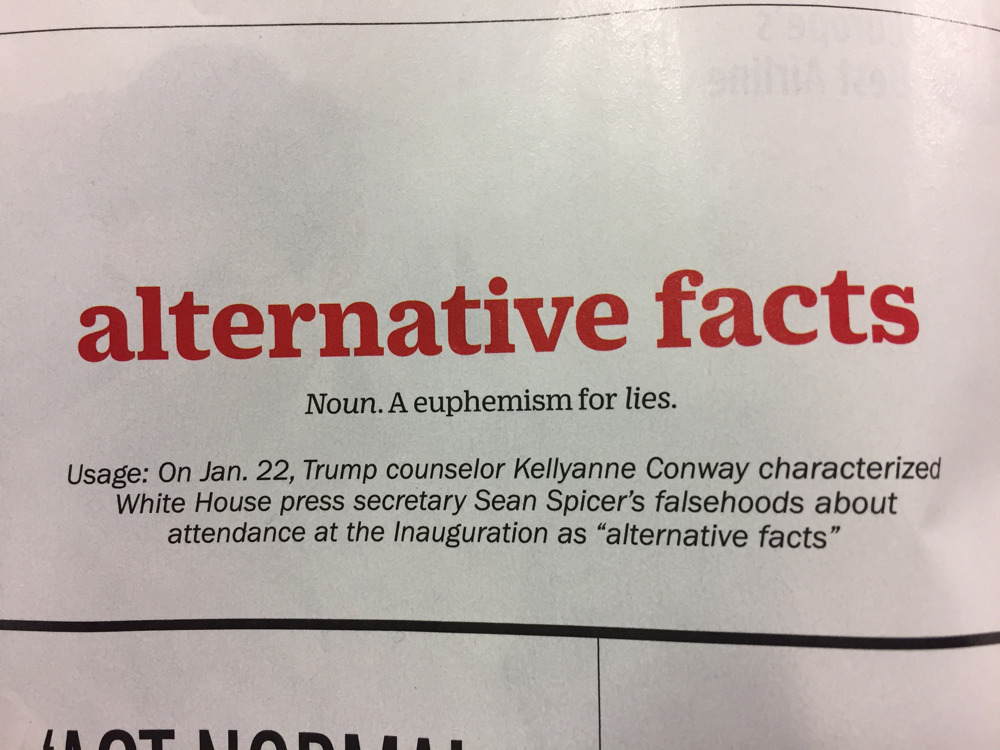 We agree that this is time for dark energy, for apocalyptic visions, for hardcore.

February 1st, 2017
Meeting Woytek to discuss his new work. He talks about a house of sound, about how new music lacks social function. We're talking about "the political part, the emotional part, the meditative part, the noisey part, the dance part" of the piece and how to mash them all together. As a comment on the strict anti-refugee policy of the Polish government, he wants to have a scene where members of the audience, Polish citizens, are instructed to read names of people who died trying to make it to Europe. It's totally against my aesthetic sensibilities, but somehow I dig the idea. I feel it resonates the questions of this moment. When he asks what bothers me, I have to think of the American election night when - how appropriate - a bunch of friends gathered to watch Adam Curtis' Hypernormalisation. In his signature manipulative style, he shows how political conflicts and intrigues of the rich and powerful in the West often result in people dying in the Middle East.

Unlike my friends who watch it and feel disturbed and intrigued by the work, I feel the pain of the region. After 6 years of living in Germany, I'm starting to experience being an immigrant.

And while I was thinking, Beyoncé broke the Internet again. 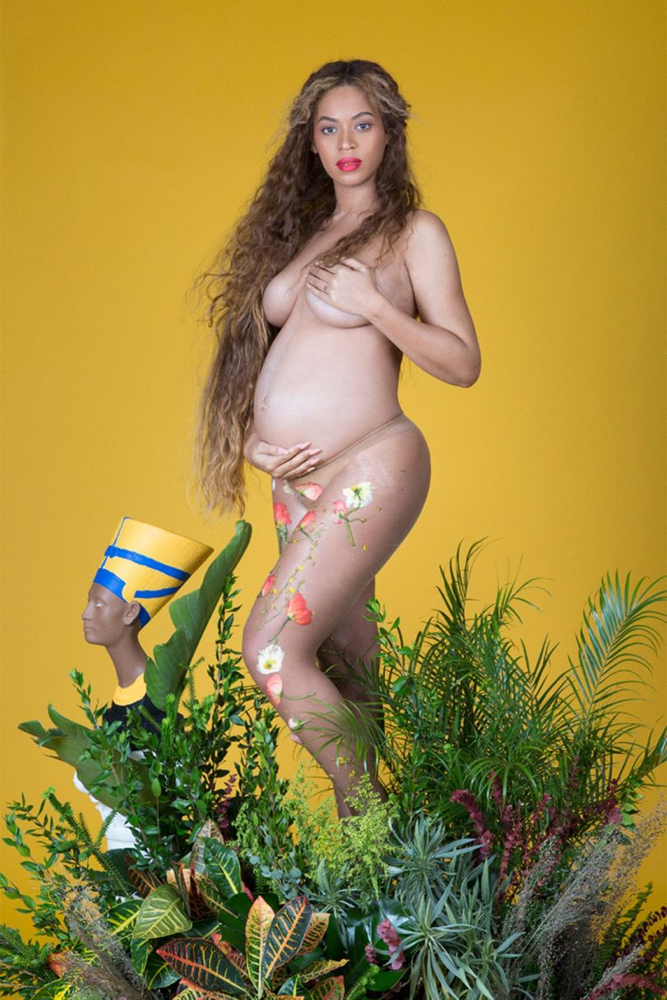 I couldn't help but wonder: What’s Nefertiti doing there? 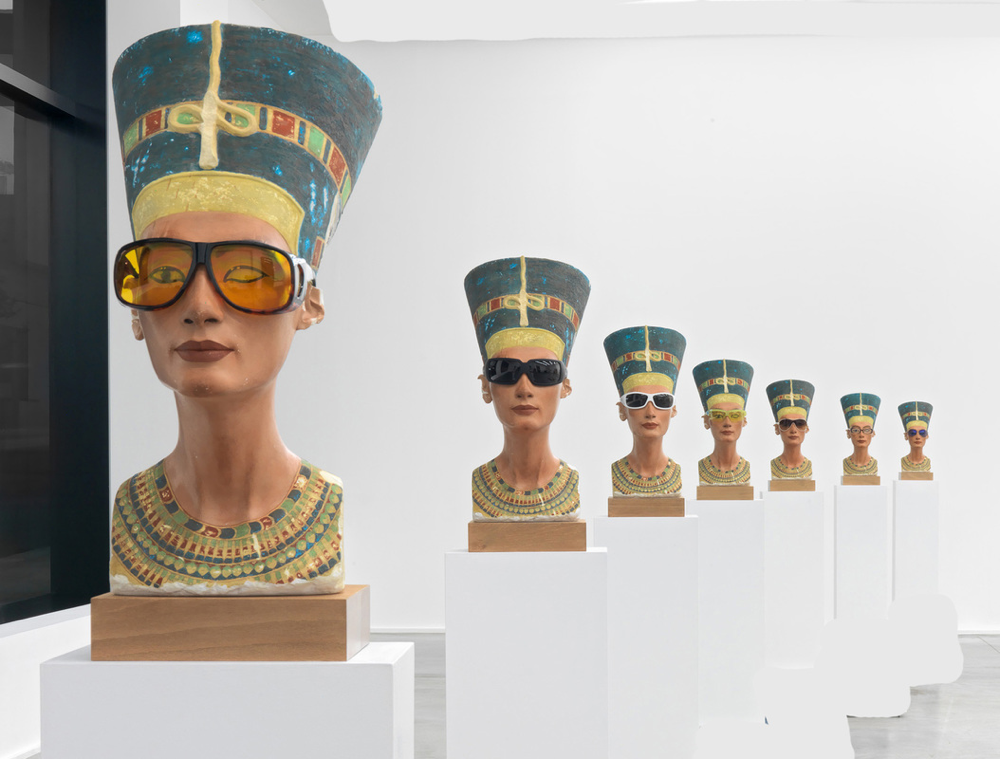 Then had to think of Isa Genzken 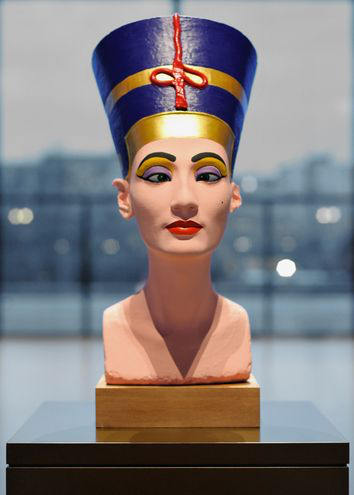 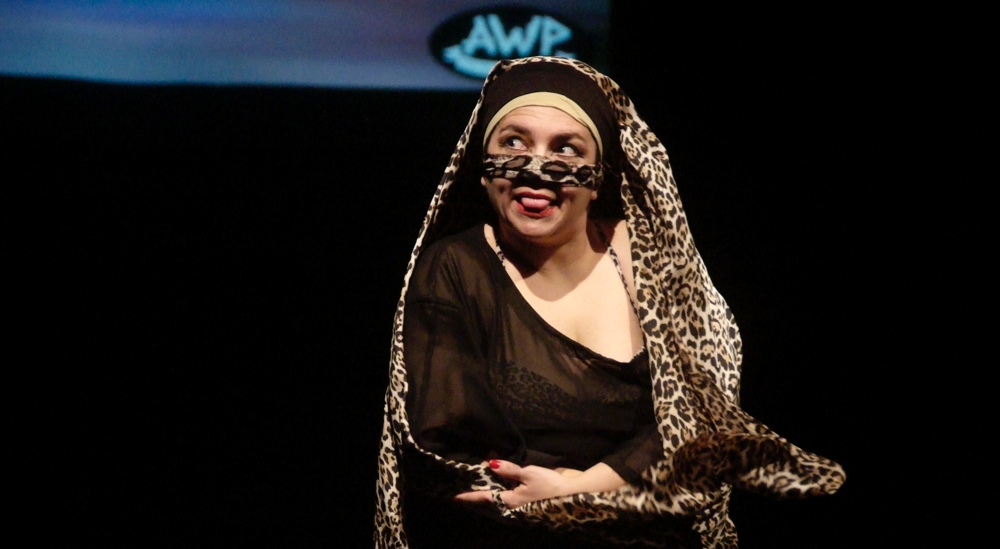 And Tati who is also pregnant, it’s the next baby of our tribe and everybody’s looking forward to meeting her/him/it.

In the evening I take a plane.

February 3rd, 2017
Waking up in my teenage room, center of Tel Aviv. Eating breakfast slowly, and getting ready to go to the hospital.

February 4th, 2017
Being soaked in family has it’s very unique charm. Jewish families are at least as tight as we’re known for. Reading parts of Derrida’s “Circumfession”, in a book about the performativity of prayer. He describes in untypical poetic style and heartbreaking precision the deconstruction of his mother’s psyche, the way illness made her lose the links between language and culture with melancholic beauty. His tone offers solace, which is a surprise considering his normally disturbing and stubborn writing. In a conversation with the Theatermaker, writer and intellectual Michal Govrin, he talks about the event of prayer to address his Jewishness, god and innocence, non-believing, epoché and meditating.

In the afternoon I’m attending a show by my friend Noam; a composer, performer and artist who has a series of musical performances at the Tel Aviv museum this year. This one is a choir piece sung in Gibberish. It depicts kind of a rite of passage, introducing a young member into a community of “Slayer” T-shirt wearers. The girl, 13 years old next month, is the daughter of one of my oldest friends and is my unofficial goddaughter. I enjoy how personal attachment suspends aesthetic critique.

Then Melissa Mccarthy murders SNL as Trump’s press secretary Sean Spicer (you’ll need some VPN tool for the video, it’s worth it!)

February 5th, 2017
Sunday is Israel’s monday. I'm starting the week in the hospital, they say he got worse and it might be a matter of hours. Over the last three weeks, I’ve witnessed how unconsciousness elevates the language of the somatic. A presumed handshake, an eye twitch, blood pressure and heartbeats, all become parts of a linguistic system presented on the surface of the body and through an abundance of orchestrated screens, monitors, tubes and beeps. The idea of a posthuman apparatus gets a whole new meaning. I wonder how to include this in my text, as this is probably the most personal I've ever ventured in what should be a professional context. I’ve made it a political standpoint to separate the two as part of my mission to offer an alternative to a culture obsessed with confessions, biographies and “real” stories of “real people.” The tendency towards an imagined “real” seems to me not only like a reductive force in terms of aesthetics, but also as a problematic historical trait that Europe holds on to in uncritical fashion. Personhood and identity are for me not liberatory means but hurdles to get over. Especially as a brown, Jewish, gay artist working in Europe (here we go). It is part of my mission to detach myself from what I’m “supposed” to address according to representational logics and the trajectory of identity politics, and promote a complicated way of making images, one that resonates ideas such as realist magic, diffraction and intra-action. Operating from a strong disbelief in the figure of the human, I’m feeling Kodwo Eshun’s claim that “the human is a pointless and treacherous category.” How does this work with sharing an emotional landscape connected to a family crisis? I’m not sure but I hope that a first step of bridging this alleged gap is acknowledging that this dichotomy itself is brought to us by the same dudes that formulated the analytic structures we’d like to transgress and transform. I like what Edouard Glissant says in relation to Opacity: “As for as my identity is concerned, I will take care of it myself.”

February 6th, 2017
As I’m editing this text and preparing to send it, I’m getting a call from my mother, we were asked to come to the hospital. We know what it’s about.

RIP papa. Going through some pictures I realize that, like me, you too were very often the only non white person in the room. 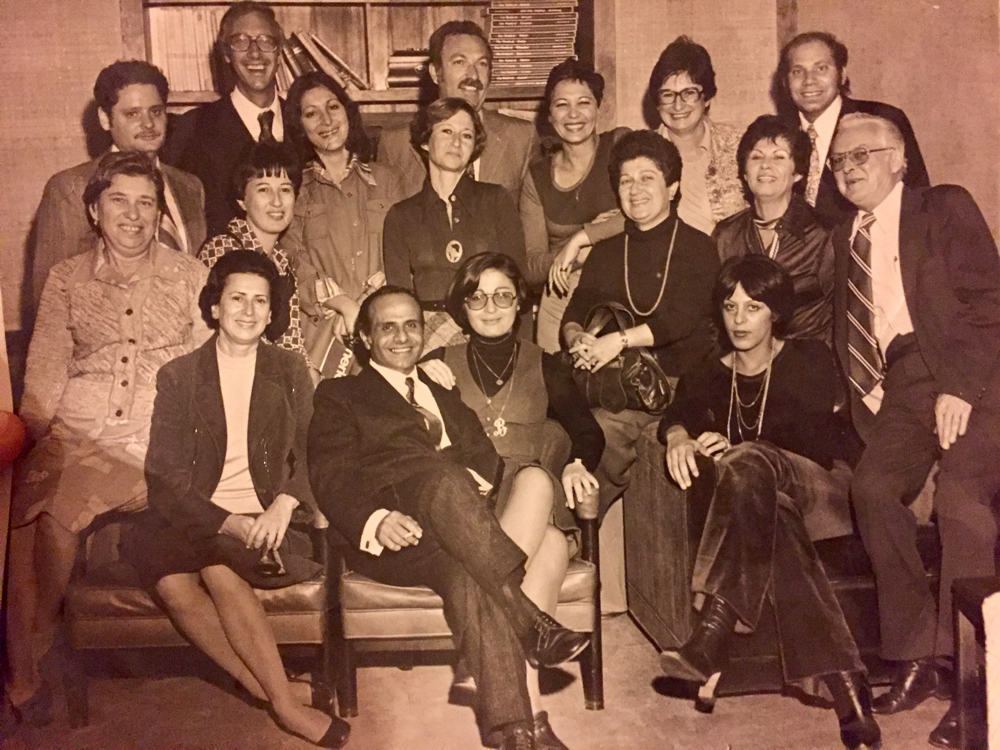 Ariel Efraim Ashbel, (b. 1982) is a Berlin based artist from Israel, who makes performances. Originally a theater director, the work he's been creating since 2000 negotiates interdisciplinary offers for stage events, located in the gap between theater, dance, music and installation. Since 2011, he has worked on projects at HAU Hebbel am Ufer, HZT (Uferstudios), the Berlin Biennial, Kampnagel Hamburg, FFT Düsseldorf, Transmediale, MoMA PS1 and many more. In 2013, his first German-produced piece “All white people look the same to me” premiered at HAU Hebbel am Ufer, followed by “THE EMPIRE STRIKES BACK" in 2015. Both works have and continue to be presented outside Berlin at various theaters and festivals. His most recent project, DIVA: Celebrating Oum Kalthoum by The Wedding Orchestra for Middle Eastern Music, likewaise founded by him, premiered as part of the AUSUFERN project series at Uferstudios Berlin in 2016. Alongside his work as a director, he also collaborates with colleagues as a performer and dramaturge.
http://www.ashbela.com