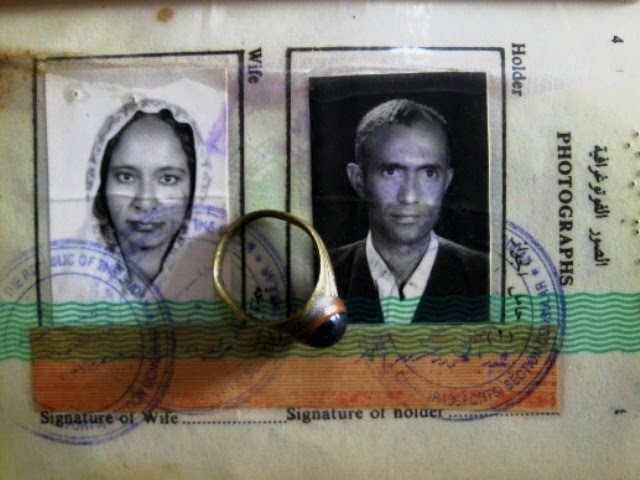 Monday 14 /08
I spent last night at my family’s, which is not far from my flat near Tahrir square. As is my mother’s habit every time I visit, she makes milk tea with some homemade cookies, and starts telling stories about Magaseer, our home island on the Nile River, which I had not seen until last year. I had a visit once when I was five which I wouldn’t count. Hundreds of stories about her grandfather the slave trader and the foreign Joe who came to the village when she was a kid, he was the first to bring an irrigation machine into the island, and my family worked for him. Nobody knew where he was from. Some say he was a Syrian Jew who moved there.
Joe’s family left when the foreigners left Sudan after the Independence in 1956 but he stayed until he passed. The people of the village prayed for him and buried him in Muslim tombs. No one knew his religion. Those stories I have been hearing since my childhood formed my identity. I was born in Cairo to Sudanese parents. These stories, in the tone of Rotanna (our dialect), I hear in our house, old photos, letters and recorded cassette tapes that tell a tale of my family were sent to me form home, and till this day I remember the way the daughters of the family used to laugh and sing “Nas ma’zanta ma’bnared gherom ya helela - Folks whom we love, gone and left us behind.”

It’s nice weather today. It’s 7 a.m. and the sun is not that high yet, as we start drinking the tea she starts her conversation.
-Have you met your aunt Nafissa al Zein!?
-Yeah, I went with my cousin to her home after a rainy day. She greeted me in the courtyard of the house with a happy face. She was moving around like a child although she is in her eighties. She talked and laughed a lot but I didn’t get most of her words because she wasn’t speaking Arabic.
My mother was silent for a minute.
-You haven’t seen her when she was younger?
-Why??
- She had been going through a hard psychological crisis.
When these words have captured my ears, I adjusted in my seat and started recording the words in my memory.
-What happened to her?
-She got married at a young age as all the village girls do. She gave birth to 9 children. None of them survived. They all died before they began to talk. She didn't shed any tears and never spoke up, it got hard on her and she stopped talking. She used to wander around aimlessly, between Zaar beats, paying visits to the tomb of al sheikh Alfadni and visits to the Sheikhs but no one could help her.
Her husband said she got crazy and divorced her; her brothers forced her to stay in the house all the time.
My tea was getting colder, but I was into the story. My mother continued talking.

-The flood was severe that year. The villagers went to build a soil dam on the Nile; she escaped and threw herself in the Nile and the women villagers shouted. The villagers took the oil lamps to look for her on the beach of the Nile, they feared that the flood crocodiles would prey on her. At the edge of the river they heard her voice calling “houy what is wrong with you, why are you screaming?“
She fell among the palm trees that were cut by the flood! It protected her from crocodiles. The men quickly came down and rescued her and carried her out. It was like a miracle.
They took her to a Sheikh. He told them “I don’t have the cure; you have to take her to Baa’shar.”
Her brothers took her to Khartoum to Baa’shars hospital, where she stayed for some months and came back to the village recovered.
Abdu Algalil was a very hard man. The villagers feared him. He didn’t allow strangers to enter the neighbourhood, he would beat girls if they laughed loudly. He announced that he would marry Nafissa, and the villagers wondered about his proposal. After they got married he became a different man, a calm person, and he did not marry other women until she gave birth to their only son Sha’hat, which is Arabic for beggar (they named him by this name so as not to be noticed by the demons).
Sha’hat is your elder brother’s age. He now has seven children and five grandchildren. My mother said.

Tuesday 15/08
Today I’ll bring back my laptop from the maintenance. Both the laptop and the smart phone broke in the same hour, so I had five days in peace with no connection to the internet, thinking of not buying a new phone or at least just for now. 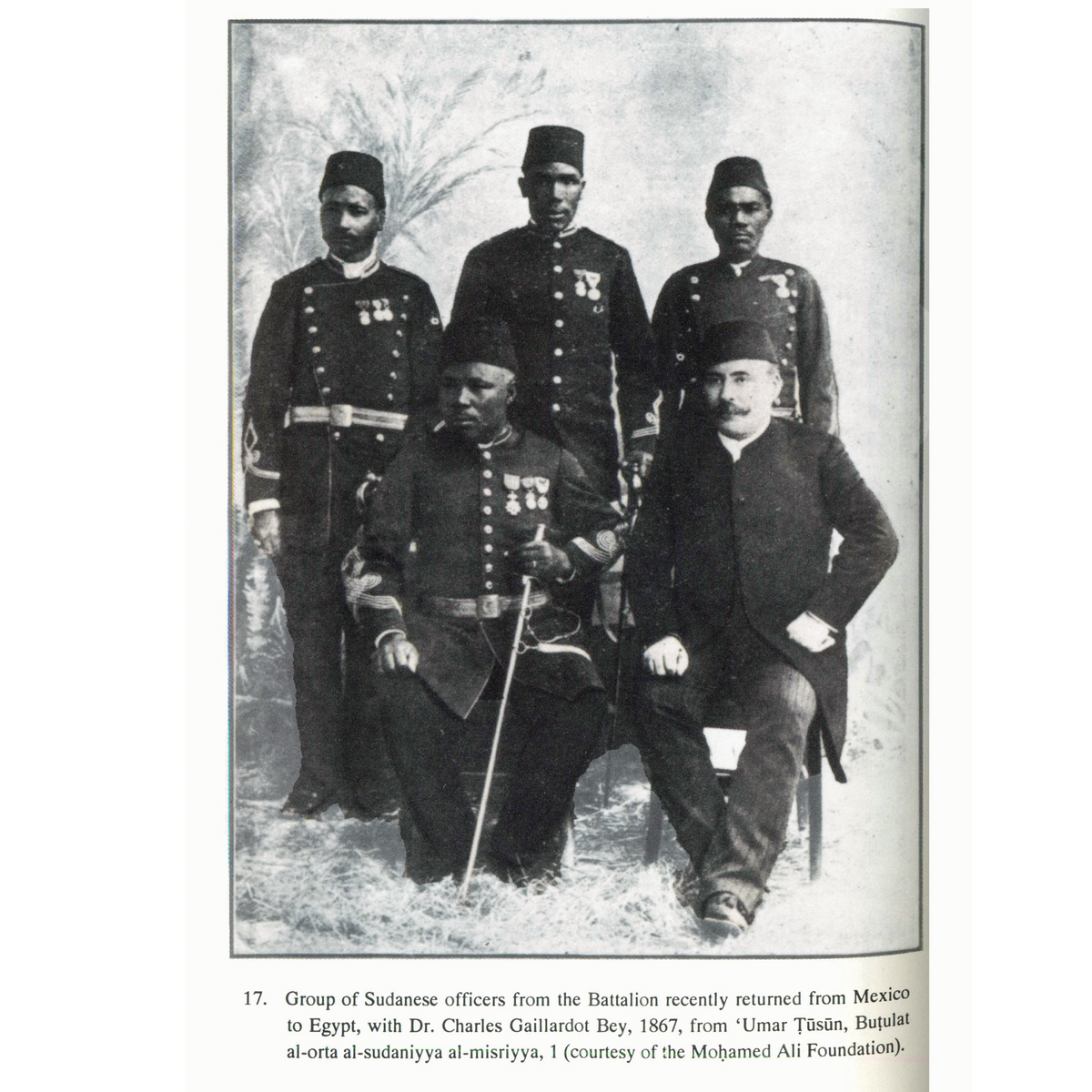 Wednesday 16/08
“I remember when I was a kid in my Shiluk village, an Arabian tribe called Baaga’ra used to take the form of hyenas in the rainy season, hovering around the houses of the village, kidnaping any child they found. We still believe in Sudan that some hyenas wandering at night are humans; we recognize them by their laughter.”
Ali Jufun, The Cornhill Magazine, 1896.

I came back to this interview after a meeting at CIC, the Contemporary Image Collective, where I took part in the “If not for that wall”, project. Today I was asked to write a contribution for the final publication. That interview was my starting point for my Black Ivory project that I have been recently working on. I wasn’t sure if I wanted to use official documents, remembering my middle school history teacher saying Mohamed Ali tried to form an army of Sudan, but they were too lazy so he stopped his campaign. Now I understand why; not because they were lazy, but because they were dead. Out of 300.000 minors who were forced to go through the desert in Darb el Arba’een, only 50.000 made it.

Thursday 17/08
I remembered today my conversation with a middle aged Greek man who was sitting next to me on the train from the airport. I asked him if this was the right train to downtown.

-Yes, you stop at Monastiraki, and then take the green line to Omonia, Kifissia direction. Is it your first time in Athens?
-Yes, I am here for Documenta.
- Hope you’re not going to be disappointed. How long you are you going to stay?
-A week.
-Athens doesn’t need more than a week. Where are you from?
-Sudan, Egypt… both.
-Wow, I worked a lot with Sudanese refugees in Eritrea, especially from Nuba Mountains. They are super quiet, with a lot of pride.

I don’t remember his name, but I remember that he is a lawyer in a Greek firm who moved to the horn of Africa 25 years ago.

-But why did you decide to leave your company in Athens and move to work as a legal advisor with refugees, if I may ask?
- Well, it’s a therapy for me. I grew up as a homosexual in Athens. I couldn’t speak out for myself. Now, every time I speak for someone else, I feel a pressure removed from my chest. I am just fixing my own trauma. We all suffer from our traumas. Look at us and the Turks after all these years, we still carry that trauma with us. You can see it in the church, in the street without noticing it.

I wondered… Am I doing art as my trans-generational trauma therapy?! Is it a family trauma or a race trauma?!

Friday 18/08
Waiting for a friend of mine at a coffee shop downtown. It’s noon, the streets are almost empty, loud speakers Friday prayer, the imam preaching about the worship of fear.

“What time is·it?”
20 years ago, I would answer that question naively when some stranger in Cairo streets asks me in Arabic with all this curiosity in his eyes, but now I simply answer “Yes, I speak Arabic.”

Amado Alfadni is an Egyptian-born Sudanese visual artist; his work discusses the relationship between the included and the·excluded,·opening dialogue on issues of identity and politics. By working with forgotten historical events and current state policies, he raises questions of power dynamics between the individual and authority on a social and political level.
His recent work is based on research and documentation of ignored historical events, especially colonial history and re-reading it from the perspective of the native.
http://www.amadoalfadni.com/